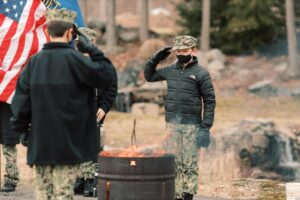 On Sunday, January 17, the USNSCC Barque Eagle Division’s League Cadets conducted a flag retirement ceremony at the Wolcott Lions Club. Led by Commanding Officer Stephen Smith of Wolcott and Executive Officer William Santarserio, the cadets learned and performed a ceremony to properly dispose of damaged and out of commission US Flags. 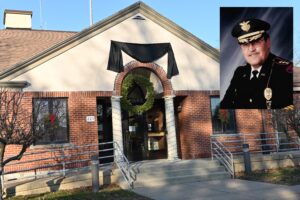 Black bunting hung over the main entrance of the Wolcott Police Department recently in recognition of the passing of former Police Chief James Watson Sr. Chief Watson served the town of Wolcott as a police officer for 30 years and rose through the ranks until he got to the highest rank of Chief of Police. He is survived by his wife Jean of 56 years, his son James Jr., his daughter Diane and grandson Brandon. He was preceded in death by his daughter Christine. Rest in peace Chief, and thank you for your service. Photography by Picard 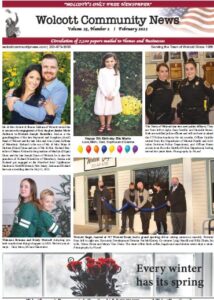