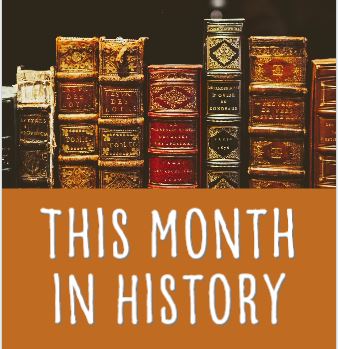 Samuel Morse Demonstrates the Telegraph
On January 6, 1838 — Samuel Morse’s telegraph system
is demonstrated for the first time at the Speedwell Iron Works in Morristown, New Jersey. The telegraph, a device which used electric impulses to transmit encoded messages
over a wire, would eventually revolutionize long-distance
communication, reaching the height of its popularity in the 1920s and 1930s.

First U.S. Presidential Election
January 07, 1789 — Congress sets January 7, 1789 as the
date by which states are required to choose electors for the
country’s first-ever presidential election. A month later, on
February 4, George Washington was elected president by
state electors and sworn into office on April 30, 1789.

The First Colonial Constitution
January 14, 1639 — In Hartford, Connecticut, the first constitution
in the American colonies, the “Fundamental Orders,”
is adopted by representatives of Wethersfield, Windsor, and Hartford.

Martin Luther King, Jr. Born
January 15, 1929 — Martin Luther King, Jr. is born in Atlanta,
Georgia, the son of a Baptist minister. King received
a doctorate degree in theology and in 1955 helped organize
the first major protest of the African-American civil rights
movement: the successful Montgomery Bus Boycott. Influenced
by Mohandas Gandhi, he advocated civil disobedience
and nonviolent resistance to segregation in the
South. The peaceful protests he led throughout the American
South were often met with violence, but King and his
followers persisted, and the movement gained momentum.

Boston Thieves Pull off Historic Brink’s Robbery
January 17, 1950 — 11 Men steal more than $2 million
($29 million today) from the Brink’s Armored Car depot in
Boston, Massachusetts. It was the perfect crime—almost—
as the culprits weren’t caught until January 1956, just days
before the statute of limitations for the theft expired.

Toy Company Wham-O Produces First Frisbees
January 23, 1957 — Machines at the Wham-O toy company
roll out the first batch of their aerodynamic plastic
discs—now known to millions of fans all over the world as Frisbees.

Apollo 14 Departs for the Moon
January 31, 1971 — Apollo 14, piloted by astronauts Alan
B. Shepard Jr., Edgar D. Mitchell, and Stuart A. Roosa, is
successfully launched from Cape Canaveral, Florida, on a
manned mission to the moon. On February 5, after suffering
some initial problems in docking the lunar and command modules, Shepard   and  Mitchell descended to the lunar surface on the third U.S. moon landing. Upon stepping out of the lunar module, Shepard, who in 1961, aboard
Freedom 7, was the first American in space, became the
fifth astronaut to walk on the moon 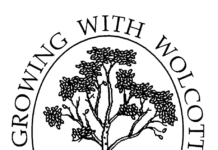 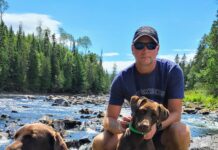