Well summer is upon us, which typically shows that crimes increase with the warmer weather. We have recently seen an increase in burglaries into vehicles as well as thefts of vehicles during the late night, early morning hours. We have also seen an increase in the theft of vehicles that are parked at convenience stores. The common denominator of all these crimes is that the vehicles that have been entered were left unlocked, and the vehicles that have actually been stolen had their keys left in them. These crimes are occurring in all parts of town, as well as other towns and cities. The way these thieves usually work is that late at night they drive into different areas with several people in the vehicle, which is usually stolen. The party’s exit their stolen vehicle spread out throughout the neighborhood checking all the parked cars. If your car doors are locked, they move on (that is as long as nothing of value is visible in your car), until they find an unlocked vehicle. They then search the unlocked vehicle for valuables, take them and move on. If the car keys are inside the vehicle, they take the whole vehicle. If your car is locked, but there is something of value visible, such as a computer, pocketbook, etc, they will break the window take the item and flee. As for the vehicles stolen from convenience store, once again several people will cruise through the lot, looking for unattended cars with the keys in them. They just jump into the vehicle and drive off. We have recovered almost all of the stolen vehicles, and have made arrests.

The best way to not be a become victim of theft from your vehicle (day or night), or theft of the whole vehicle is to remember to LOCK YOUR CAR DOORS AND TAKE THE KEYS, no matter where or when you exit your vehicle. Also, if you hear or see something suspicious, especially late at night, do not wait until the morning to call the police. Call right away. 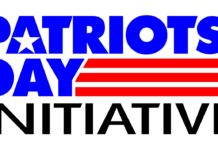